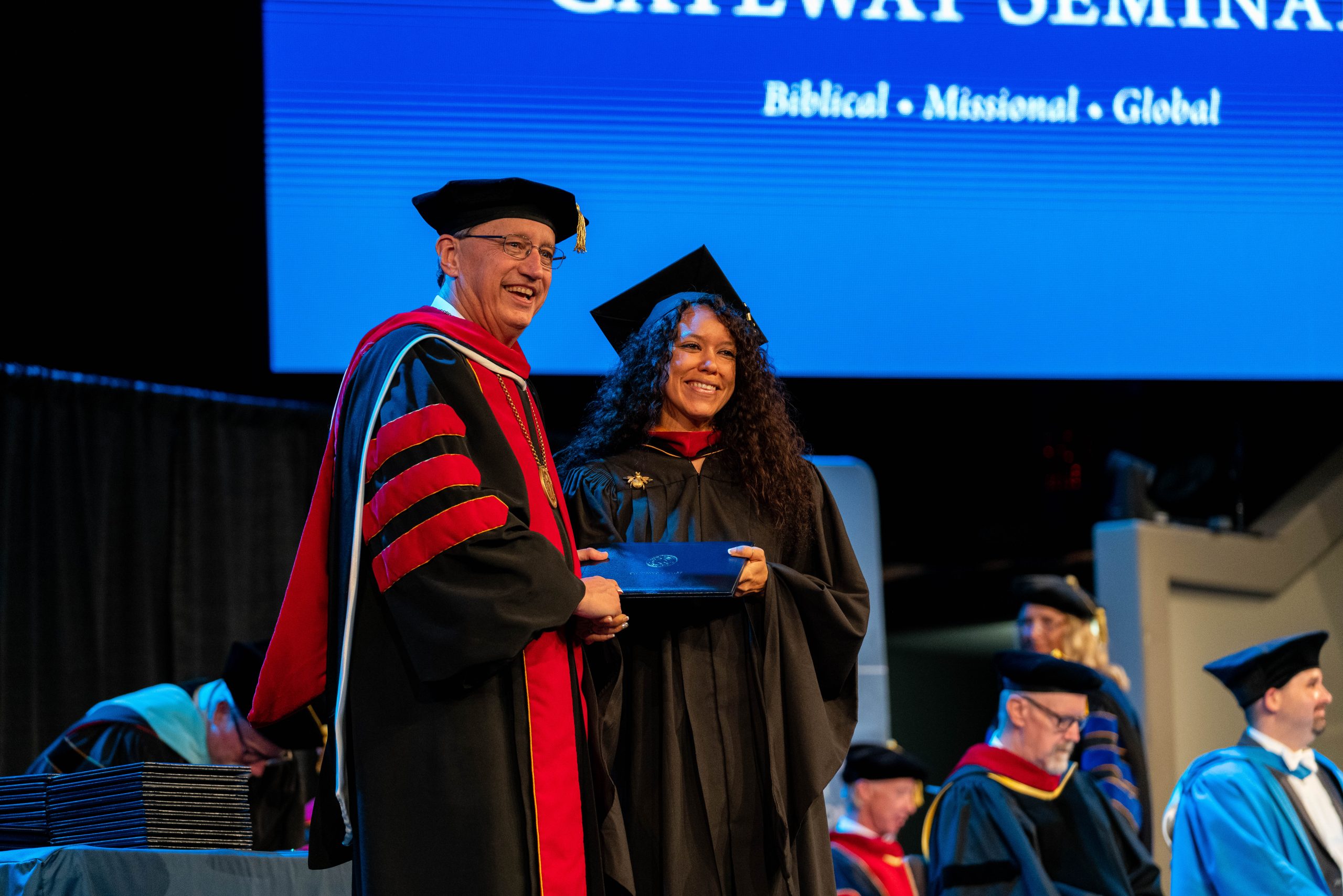 As I prepared to leave for seminary, a concerned, callous-handed deacon called me aside for a private word. He said, “I know you’re going to seminary and it might do you some good. But, just don’t let’em ruin you.” What he meant was, don’t let a seminary education quench your compassion for people and don’t let intellectual pursuits cloud your ability to communicate a simple, straightforward gospel.

We have just finished minting 239 Gateway graduates for this academic year. We have done our best to shape them as effective leaders—and not ruin them along the way!

Sadly, these types of warnings are based on the experiences of some church members—particularly blue-collar working men and women—who have watched young ministers become better-educated and simultaneously less-connected to rank-and-file folks and their challenges and concerns. They have watched these young ministers confuse spiritual preparation with academic achievements, mistakenly believing gospel-ministry is more head-to-head than heart-to-heart.

A few weeks ago, I introduced you to The Autobiography of Peter Cartwright, a memoir of a circuit riding Methodist preacher from the early 1800’s. One passage from his book struck me as offering similar advice—about 200 years ago—as my deacon friend gave me about the dangers of a seminary education and other modern ministry conveniences. Cartwright wrote:

“Right here I wish to say, (I hope without charge of egotism,) when I consider the insurmountable disadvantages and difficulties that the early pioneer Methodist preachers labored under in spreading the Gospel in the Western wilds in the great valley of the Mississippi, and contrast the disabilities which surrounded them on every hand, with the glorious human advantages that are enjoyed by their present successors, it is confoundingly miraculous to me that our modern preachers cannot preach better, and do more good than they do. Many nights, in early times, the itinerant had to camp out, without fire or food for man or beast. Our pocket Bible, Hymn Book, and Discipline constituted our library. It is true we could not, many of us, conjugate a verb or parse a sentence, and murdered the king’s English almost every lick. But there was Divine unction attended the word preached, and thousands fell under the mighty power of God, and thus the Methodist Episcopal Church was planted firmly in this Western wilderness, and many glorious signs have followed, and will follow, to the end of time.”

Like Cartwright wrote, it is still “confoundingly ridiculous” when today’s ministry leaders, despite the incredible advantages we enjoy over previous generations, struggle to advance God’s kingdom. By advance, I don’t mean having more meetings, going to more conferences, creating better marketing materials, amassing more social media followers, or any of the dozens of other categories used to describe effective ministry today. What I mean is experiencing more spiritual power, spiritual transformation, and spiritual impact. In short, real life change when unbelievers are transformed by the gospel.

I don’t think seminary ruined me—or has to ruin anyone. But a seminary education, like other modern ministry conveniences, can have a deadening effect if we allow them to become a defining means to an inglorious end—ministry as performance rather than passion. Seminary can help us learn to “conjugate a verb or parse a sentence,” and that’s a good thing! But a sound seminary education must also teach us to depend more on “Divine unction” than human ingenuity.

May God use our graduates to make an eternal difference for Him!

Jeff Iorg
President
Dr. Jeff Iorg is the president of Gateway Seminary. Prior to his service at the Seminary, Dr. Iorg was the Executive Director of the Northwest Baptist Convention for almost ten years. He was also the founding pastor of Greater Gresham Baptist Church in Gresham, Oregon, and has served as a pastor in Missouri and a staff pastor in Texas.
Tags
education graduation seminary
© 2022 The Gateway