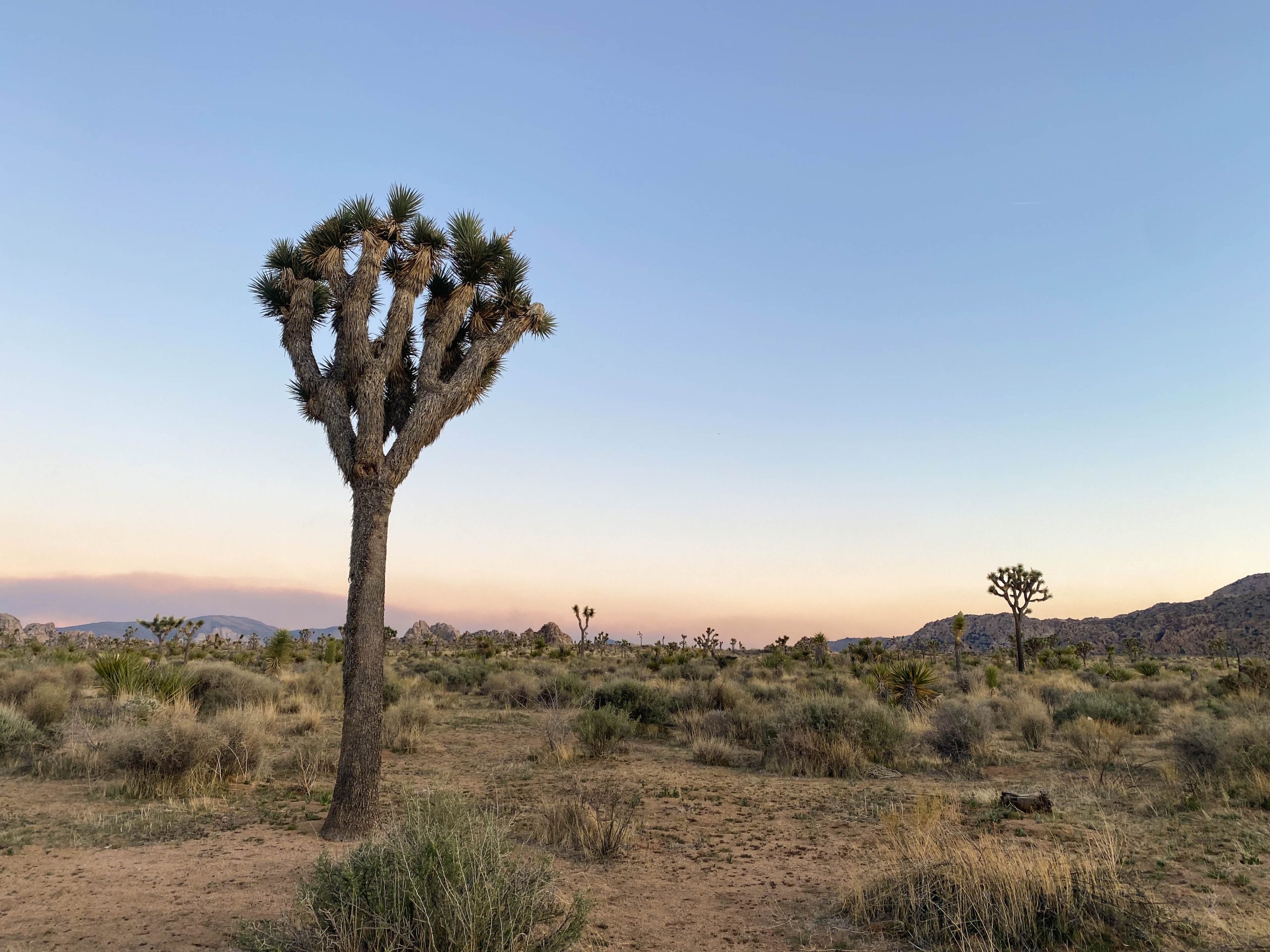 Which Side Are You On?

In our world today, it seems there is an endless list of qualities that separate people. Some of these divisions are innocuous and good fun, like hometown or national sports rivalries. But, there are others which seem more serious, like politics or various identity groups. Due to their very nature, it’s easy to understand why they warrant such intense tribalism. Their results and implications create positive or negative scenarios for independent, free beings with inherent rights to do and live however they see fit, something we often see as ultimate.

The essence of the American Dream goes something like, “You can do whatever you set your mind to do.” Although it comes in different forms and fashions, the basic message is that we are to determine a goal, develop a strategy, and work until it manifests. It speaks of freedom and personal dominion, a quality that propels our hearts like a raging river.

In some ways, this is can be good, particularly when it drives innovation and economic flourishing. However, this dream often comes at a price, leading to feelings of frustration and anxiety. If everything is possible and our dreams are our right, then what is stopping us from accomplishing them? Either we are progressing toward that goal or not. Perhaps there is an obstacle that needs to be eradicated or some person in the way who must be subdued or defeated. This dilemma is painfully self-centered and competitive by nature.

Despite some positive results, this line of thinking is unbiblical – this orientation sees God primarily as a tool. In this view, though he is the Creator and Savior, his only real purpose is to help us toward our idealized version of the world. But, if there is anything inherent to the Bible’s message, it is this: The only goal, plan, or right that is absolute, necessary, and ultimate is God’s.

When it comes to the desires of our hearts, though, we typically pray for God to overcome the difficulties of our dreams. Our aim is not his plans or a covenant relationship with him but getting him in line with us. God then becomes the world’s biggest bull dozer for terraforming our own personal kingdom.

The Old Testament provides a fascinating story that illuminates this issue and shows how God changed the heart of a man who misunderstood the purpose of his venture. This was Joshua, the valiant leader of Israel and protégé of Moses. According to the narratives in the Torah, Israel spent forty years wandering in the wilderness outside of the Promised Land due to a lack of faith. The only two people allowed to enter from the initial group leaving Egypt were Caleb and Joshua due to their vibrant faith. However, when Joshua ascended to leadership, preparing to cross the Jordan River, his view of why and how this promise would actualize was a little misguided.

As the people prepared to take on Jericho, the Commander of God’s army abruptly appeared to him in a frightening and mysterious scenario. In Joshua 5:13-15, on the eve of a long-awaited dream for the Israelite people, Joshua fell prey to an idealized version of his objective. So, God reminded him of what was really going on. Taking the land was not necessarily a goal for the Israelites; this was a goal for God. The Torah had made this clear, “The land is mine, for you are sojourners and inhabitants with me” (Lev 25:23). Joshua, in some sense, just happened to be a part of a divine plan reaching back to Abram (Gen 12:7).

The story notes that Joshua asked this mysterious Commander whose side he was on, a seemingly reasonable question. He likely worried an enemy from Jericho was about to ambush him and squelch their conquest before it began. However, the response of this unique being reset Joshua’s thinking. The Commander simply said, “No.” Though a strange answer to a reasonable question, the Commander was not there merely for the Israelites but as a means for God’s divine plan. So, this intriguing, angelic figure set the record straight: It is not a question of who was on Israel’s side but whether Israel was on God’s side. After all, Moses had clarified that God chose them, despite being small and insignificant in the world’s eyes (Deut 7:7).

This point is immensely important and relevant. In some sense, the whole world and all history revolves around this principle. For all people, it is not whether God is on our side but whether we are on his side. In Luke 11:23, Jesus made a similar claim for his followers, they were either with him or against him. The central point being that there are only two sides. Similarly, Jesus stated, “When you have done all that you were commanded, say, ‘We are unworthy servants; we have only done what was our duty’” (Luke 17:10). The two sides are not ours and everyone else’s but rather God’s and everyone else’s. The impetus, then, is to determine which side we will be on—not for God to decide whose side he will be on.

Unfortunately, Joshua had another related failure which God used to illuminate Joshua’s continued misunderstanding about his role. He was not given a simple, finite goal but one inextricably dependent on God. In Joshua 9, a group of Gibeonites came to Joshua acting like distant travelers. They were actually from a local people that Joshua and Israel were to remove from the Land. However, due to Israel’s recent victories, they sought to deceive Joshua in order to secure a promise of safety. Joshua, feeling as though he was a wise leader, made a binding agreement without consulting God (9:14). The result was a conundrum in which Israel was mandated to obey God yet had made an irrevocable treaty with the Gibeonites.

Joshua had once again presumed on his role as the conquering leader of Israel. Though the situation seemed reasonable and even humane, it was a window into the heart of Joshua. Despite believing in the power and promises of God, he had once again inverted his role from servant of God to leader of Israel, something felt throughout the narratives in the books of Samuel and Kings.

Much like later kings, Joshua mistakenly thought of himself as the one calling the shots, as though the situation was simply a matter of his and Israel’s self-actualization. However, again, God’s plan was supreme and Joshua did not know that plan, at least not in full. So, he was dependent on instruction and direction toward God’s plan, not the accomplishment of Israel’s dreams.

So, Whose Side Will You Choose?

Thankfully, though, the story didn’t end there. Joshua, near the end of the book, finally made an important declaration that illuminates his transformed view. He was not ultimately a leader or even an Israelite but a servant of YHWH. There were only two options: to be with him or against him. So, Joshua led Israel to renew their covenant commitment, saying, “Now, therefore, fear YHWH and serve him in sincerity and in faithfulness. …choose this day who you will serve … as for me and my house, we will serve YHWH” (Josh 24:14-15).

Immediately following this exhortation (24:19-28), he explained the implications. Choosing YHWH God was not to choose an add-on to their lives but rather to live entirely under the lordship of El-Shaddai alone, which excluded their own prerogatives. It was to be a life solely transfixed on the plans, purposes, and desires of their God. Deviation was akin to treason. This is because to submit themselves to God was to surrender the trajectory of their self-actualization, goals, and rights to the plans and kingship of God.

This, of course, leads us to the beauty of the gospel. In reality, we all stand as enemies of God. Why? Because we all seek our own goals and objectives and plans and desires. No one seeks God or his plans (Rom 3:10-18). He is actually an obstacle to our own desires and at best a tool to achieve them. Even when we invoke God to be a building contractor for our personal projects, we want to remain in the manager’s chair, relegating God to the role of employee. This is what Paul admonishes in Romans 1 as the great exchange, the creature replacing the Creator with the created. However, even while we were still enemies, while we were still in opposition to his plans and goals, while we were seeking to use him, Christ died for us (Rom 5:1-11).

The truth is, we are all like Joshua, hoping or vying for God and others to be on our side. We quite naturally seek our own goals and objectives. Naïvely we often think freedom is found through pursuing our own ends. Yet, the Bible declares that such freedom is actually a type of bondage (John 8:34). Freedom is only found through becoming a servant of God (Rom 6:15-23), as counter-intuitive as that may be.

So, what does Joshua’s development teach us modern readers? Well, to put it simply, when planning and praying, it is wise to ask not what God can do for us but rather what God desires for us to do for him and his kingdom. In other words, we must passionately pursue our glorious God and his eternal kingdom instead of our own crumbling kingdom of sand and vapor. This change in perspective, you could say, is the Joshua Effect. In light of this excellent example, let us think more critically and humbly about our affiliations, commitments, dreams, and goals to see whether or not they align with God’s ultimate plan, whether for us, our church, or any other trajectory we endeavor. We must set aside our fears and selfish hopes and instead trust in the goodness of our Creator Savior. He really does have a plan. And it’s far better than ours. 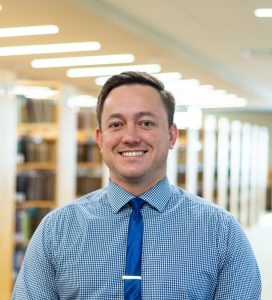 Jesse Harris
PhD Student at Gateway
Jesse is a PhD candidate in Biblical Studies with a focus in Old Testament. His passion is serving and equipping the church both locally and abroad.
Tags
Freedom Joshua Old Testament Submission
© 2023 The Gateway