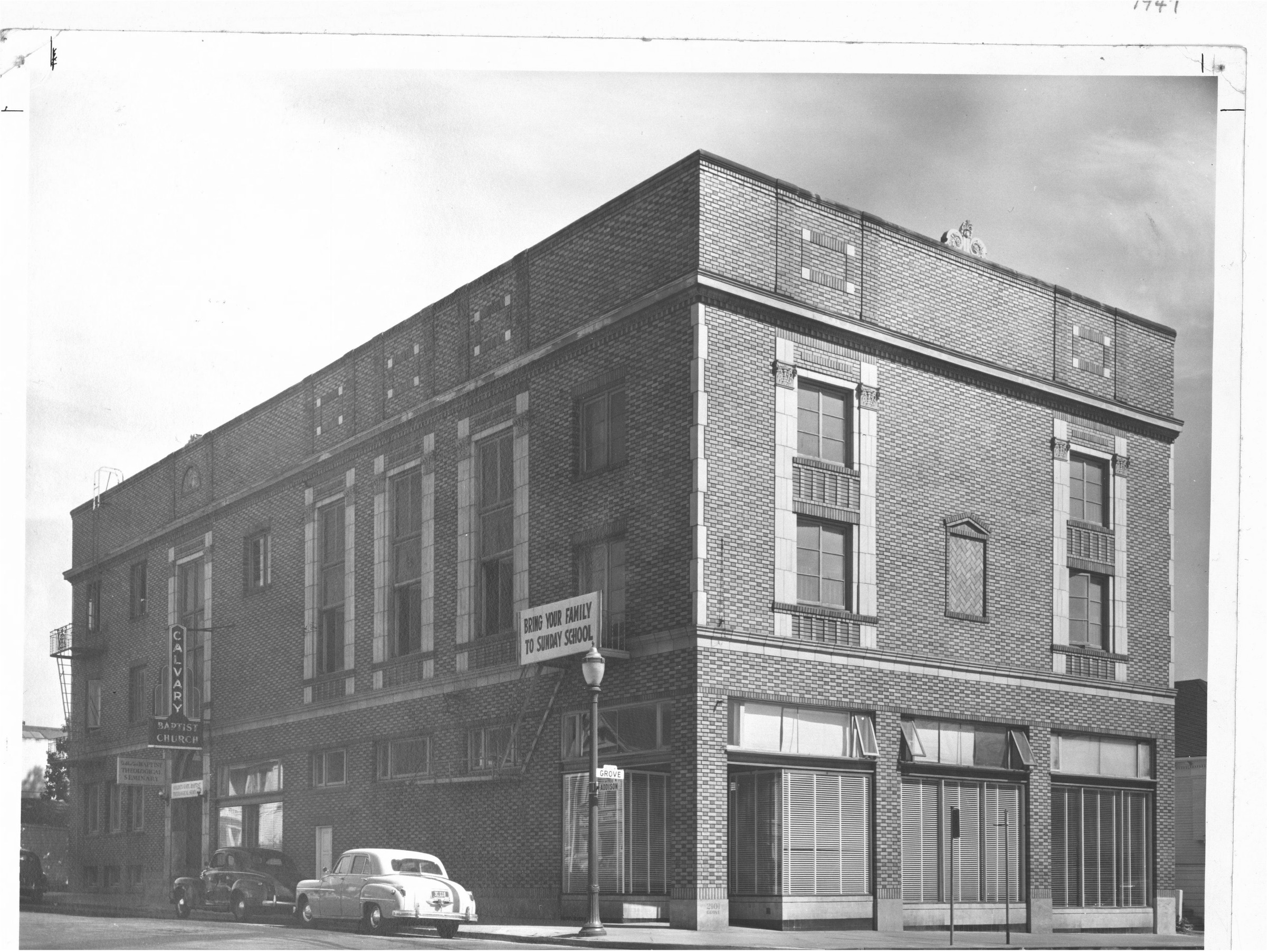 Southwinds Church in Tracy, California (founded as First Southern Baptist Church, Tracy) is celebrating its 75th anniversary this Fall. It was my privilege to preach there as part of the festivities. In researching their history, they discovered hand-written minutes of their first business meeting on September 27, 1947 in which they determined how to distribute their weekly offering. The minutes report the following were to remain in effect until the church grew and needed to revise the plan:

“The meeting came to order with a prayer led by Mr. R. H. Brannon. Rev. Garrett presented the need for the church budget. Each item was considered separately and adopted as follows: Rent $6.00, Pastor’s Salary $5.00, Literature $.90, Bulletin $.50, Cooperative Program $1.00, and Golden Gate Seminary $.50.”

The last line—50 cents for Golden Gate Seminary—is an early indication of the commitment Bay Area churches had to the fledgling seminary and the mission of shaping future leaders. Gateway Seminary (named Golden Gate at its founding) started in 1944 so this gift was given to the seminary when it was only three years old. The seminary had also not yet been adopted by the Southern Baptist Convention (that happened in 1950). So, at the time of this weekly gift, the only means of support was tuition revenue, gifts from individuals, and gifts from churches—even new churches that were themselves struggling to emerge.

Southwinds is now one of the strongest churches in California with a long history of effective ministry. Part of the reason for their success as the missional commitment evident in their founding. Not only did they give 50 cents to Gateway, but they also gave a dollar to the Cooperative Program. While those may not seem like large gifts, they were about 11% of their total weekly budget.

It’s amazing what God has done with sacrificial gifts like 50 cents from Southwinds and Cooperative Program gifts from thousands of other churches. Gateway has sent out almost 11,000 graduates, enrolls more than 2,100 students annually, has close to $70 million in endowment, owns $80 million in real estate, and operates debt-free. In Fall 2022, we have the highest headcount enrollment in our history and the highest credit hours enrolled since Fall 2006.

By any measure, those first 50 cents have turned into a good investment—not only in building a strong seminary in the western United States but for the churches and mission fields Gateway has impacted over the years. Thank you, Southwinds, for believing in us from the beginning and for being our steadfast partner for 75 years.

Jeff Iorg
President
Dr. Jeff Iorg is the president of Gateway Seminary. Prior to his service at the Seminary, Dr. Iorg was the Executive Director of the Northwest Baptist Convention for almost ten years. He was also the founding pastor of Greater Gresham Baptist Church in Gresham, Oregon, and has served as a pastor in Missouri and a staff pastor in Texas.
Tags
cooperative program partnership
© 2022 The Gateway